Mike Lawrence is one of my favorite comedians and not just because we both have the same collection of Marvel action figures…(ok that’s a large part of it) but because he’s always embraced and managed to merge his nerdy side and comedy side together. Bas...

Mike Lawrence is one of my favorite comedians and not just because we both have the same collection of Marvel action figures…(ok that’s a large part of it) but because he’s always embraced and managed to merge his nerdy side and comedy side together. Basically when his powers combine he’s an incredibly comic, writer, roast battler, and all around great guy. Enjoy! 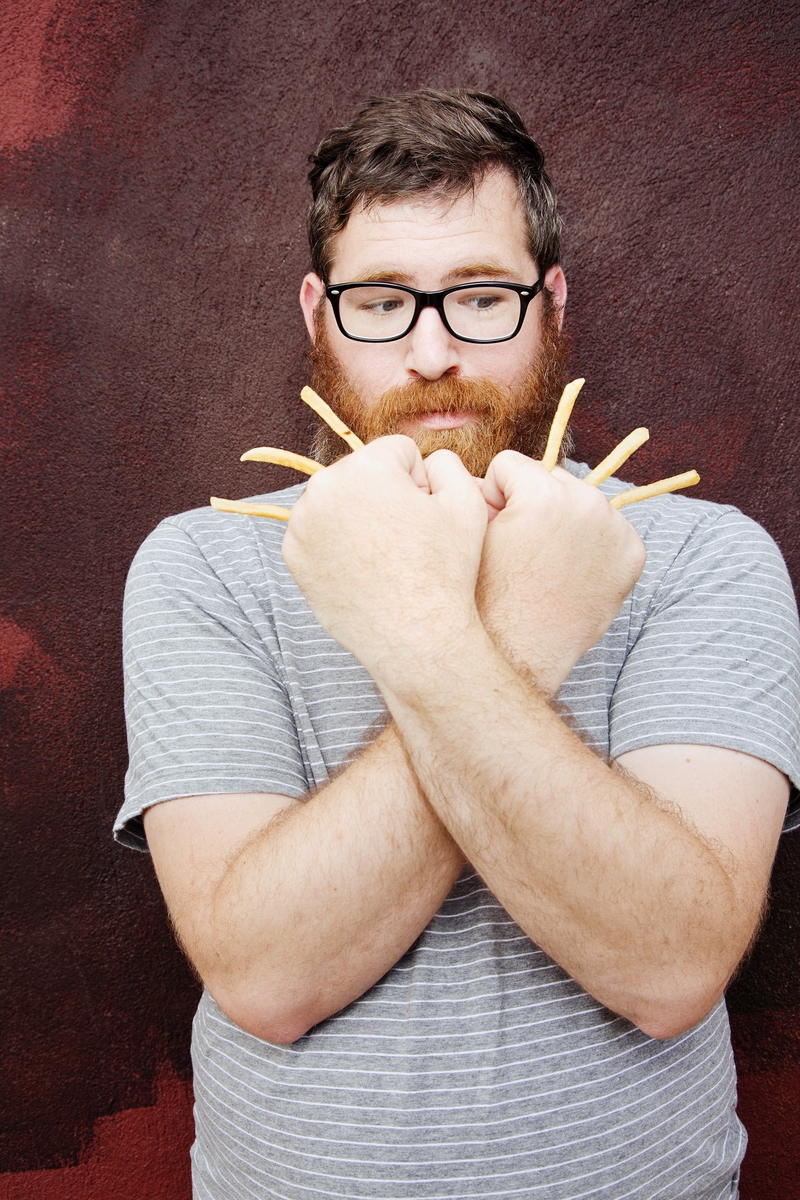 Michael Patrick Lawrence is an American comedian and writer from Davie, Florida. He formerly lived in New York City and currently lives in Los Angeles.

Lawrence was born in Miami but grew up in Davie, Florida. He attended Western High School and earned a bachelor's degree from Florida Atlantic University in English.

When he was 16 years old, he began working at a McDonald's in southern Florida. He attributes his ability to deal with hecklers to his time spent at McDonald's working the drive-thru. In his podcast interview on WTF with Marc Maron, he stated, "Heckling doesn't bother me because I've been yelled at for McNuggets."

Lawrence started his career at the age of 15 by performing poetry at open mic nights in 1998. After realizing that the part he liked most about it was making people laugh, he moved to comedy.

In 2010, Lawrence was named one of the New Faces at the largest comedy festival in the world, Just for Laughs. He later performed at the festival in 2012 at both the Montreal and Chicago festivals. While in Montreal, he recorded a set for HBO Canada's Funny as Hell.

In 2012, Lawrence also made his first appearance on Conan O'Brien's TV show, Conan.

In 2013, his comedy album Sadamantium was released by Comedy Central Records in conjunction with his half-hour special on The Half Hour. Sadamantium was recorded at the Nerdist Showroom at Meltdown Comics. The album received positive reviews from The Huffington Post, The A.V. Club, America's Comedy, and The Laugh Button. In September, he wrote a piece for The Huffington Post called The Five Most Important Things I've Learned Doing Comedy in New York That I'd Pass on To Newer Comics where he shares his feelings about comedy and his career. He performed again on Conan in this year. Lawrence wrote a piece for and was a guest on W. Kamau Bell's show Totally Biased.

Lawrence hosts the Nerd of Mouth podcast with Jake Young on the New York City-based comedy podcast network, Cave Comedy Radio. Episodes are published weekly. Topics discussed on the podcast include comic books, video games, TV shows, and movies; things that Lawrence enjoys.[15] Lawrence and the podcast were featured on an episode of Toy Hunter in the episode called Nerd of Mouth, in 2013.[16][17]

Lawrence has also been a guest on many notable podcasts, including You Know What Dude! with comedian Robert Kelly, You Made It Weird with comedian Pete Holmes, WTF podcast with comedian Marc Maron, The Adam Carolla Show with Adam Carolla, Keith and The Girl with Keith Malley, The K Ohle Show with Kurt Braunohler, Hollywood Handbook with Sean Clements and Hayes Davenport, The Artie Lange Show hosted by comedian Artie Lange, "What Say You?" with Brian "Q" Quinn and Sal Vulcano of Impractical Jokers, and "What Do You Know?" with Joel Heyman of Rooster Teeth.