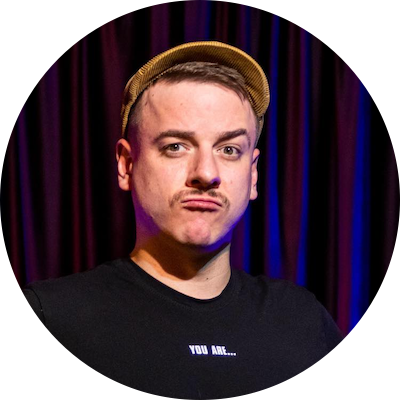 Sviat Zagaikevich is a stand-up comic from the Ukraine who started a comedy club in a bomb shelter during the Russian invasion. He is also managing and producing specials out of those shelters with his comedian brothers and sisters who have chosen laughter over violence during an extremely volatile time in their lives.

As comedians we’re constantly talking about or being talked about - the balls it takes for anyone to get on a stage alone for a given amount of time and try to make an audience laugh. But in Ukrainian comedian Sviat Zagaikevich’s case he and his fellow c...