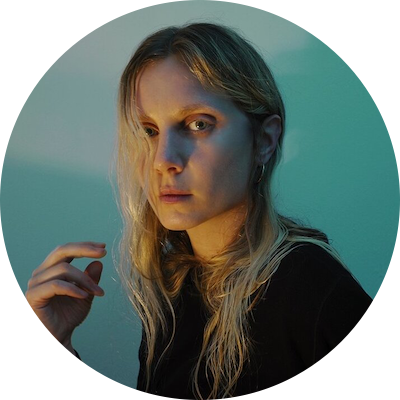 Now going exclusively by 'Scout' Lea Emmery was once the founding member of The international two girl/two boy quartet Kid Wave, whose debut album Wonderlust is a crafted set of pop songs that bathe in the golden, restorative rays more commonly associated with life on the Californian coast rather than London, where Kid Wave reside. This is music that’s delivered with an uplifting sense of youthful wild abandon and imbued throughout with blissful surges of musical serotonin but with clear undercurrents of a wistful sense of melancholy too. Occasionally dark clouds obscure their sonic sunshine and there’s a nagging sense that no summer lasts forever.

Kid Wave began life as a solo when Lea Emmery relocated from Norrköping (a city sometimes referred to as “Sweden’s Manchester”) to London in 2011 at the age of 18.

These are timeless songs that sing of life-defining moments, Wonderlust sure to soundtrack many a young romantic fumbling or infatuation, wild party or sun-rise revelation. Kid Wave is the sound of liberation – of the very essence of life itself.

I could legitimately talk to Lea Emmery (SCOUT) all day long. One of the easiest conversations I've had to date with one of my favorite singer/songwriters. I think I may have told her more than once how much I love her former band Kid Wave, so we obvious...