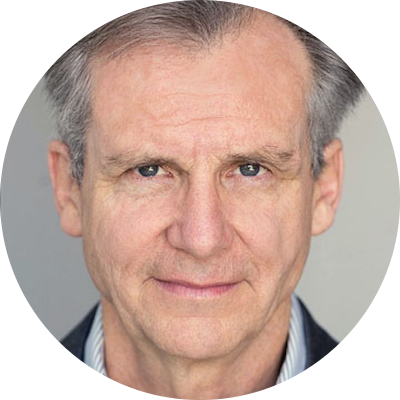 Gordon Johnston "Jonathan" Stark is an American television producer, writer, and actor. He created—along with his writing partner, Tracy Newman—the sitcom According to Jim and won an Emmy for his co-writing on "The Puppy Episode" in which Ellen DeGeneres's character Ellen Morgan came out of the closet on Ellen in 1997.

As an actor, he is best known for playing the vampire bodyguard and servant Billy Cole in Fright Night (1985), Sergeant Krieger in Project X (1987), and Charlie in House II: The Second Story (1987). Jonathan and his wife Linda have been married since May 17, 1992, and have two children, Gracie and Ruby.

Incredible time talking to Jonathan Stark on Dystopia Tonight! Had the pleasure of seeing him perform improv at the Fanatic Salon when I first moved out to LA and was in awe then. We talk about his beginnings as an actor, and his trajectory from improv t...