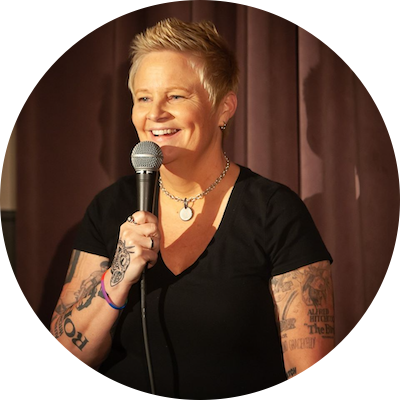 Had a pleasure hosting the amazing New Zealand singer-songwriter @Ladyhawke! She joined us on Dystopia Tonight to talk about her new album “Time Flies”, near death experiences on the road, lockdown activities, the secret lives of orchestra musicians, her...

I knew Dale Bozzio was an incredible performer, sing, dresser, toured with Zappa, and had an incredible life with amazing stories to tell - but I had no idea she’d be so funny telling it. This episode goes in the books as one of my all time favorites. Jo...

Joanne Filan is my absolute favorite person, and comic to travel on the road with. We've done clubs, colleges, theatres, for the past four years calling ourselves "The Misfits Of Comedy" and were going strong before the pandemic hit but we'll be back on ...