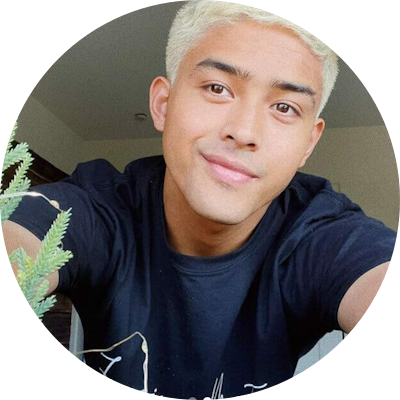 After his first-ever tour, and a clutch of well-received singles, Los Angeles-based, San Francisco-born pop singer-songwriter, and producer Francisco Martin realized he had an all-consuming yearning to be his authentic self in his music. To that end, he worked feverishly in his apartment at all hours of the night while facing complaints from the neighbors. He now emerges with his first true artistic statement, the 6-song EP, Manic, a bold collection of emotionally-raw pop-rock.

Francisco first shot to fame with American Idol season 18 in 2020 where he placed Top 5. From there, he quickly released a few singles before embarking on a fall coast-to-coast tour. To date, Francisco has released several hit singles, including “Swollen,” which has amassed close to 8 million streams across all DSPS (6 million on Spotify).

Manic was made during a three-month pause after Francisco was thrust in the public eye. It was created by Francisco and his co-producer/good friend Nick Sarpa in Francisco’s apartment studio setup. The release bursts with dynamic musicality such as stately balladry, cathartic, grungy aggression, catchy EDM, and moments of soulful serenity. Throughout the EP, Francisco bravely shares personal reflections on mental health, relationships, angst, and human disconnection in the age of connection.

Great talk with Francisco Martin on Dystopia Tonight about his new album, life, American Idol, music, social media, art, traveling, friendship, finding yourself, dealing with anxiety, being true to who you are, his career, collaborations, dealing with th...