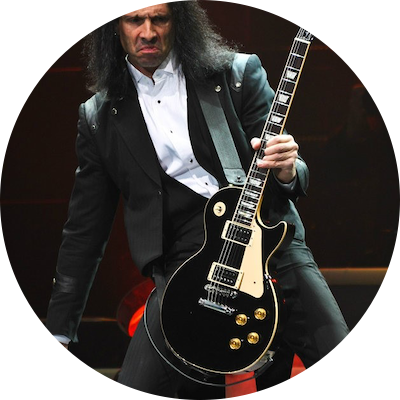 Pitrelli attended the Berklee College of Music in Boston in the early 1980s (where keyboardist Derek Sherinian was his dorm roommate; they would later work together in the Alice Cooper band). While at Berklee, Pitrelli formed an original 1980s metal band with classmates that included Venom guitarist Mike Hickey. After dropping out of Berklee, Pitrelli worked as a session musician and taught guitar lessons in Manhattan and in Bellmore, Long Island. His first major label gig was performing with Michael Bolton, helping him support his single "Fool's Game". Pitrelli said of the single, "This was when Michael Bolton was still trying to be Sammy Hagar and not Engelbert Humperdinck."

In 1989, Pitrelli featured as second guitar on the song "Uptown" on bassist Randy Coven's first album "Funk Me Tender". He then joined forces with Coven and drummer John O'Reilly as a formal member of the Randy Coven Band to release "Sammy Says Ouch!".[2] This lineup would also release an album under a different band name of Coven, Pitrelli, and Reilly (CPR). The album was simply titled "CPR" after the band. Pitrelli was Alice Cooper's guitarist and musical director from 1989 until 1991 on the Trashes The World tour. He then joined Dee Snider's band Widowmaker for two albums in the early/mid–1990s, and also briefly played with Stephen Pearcy (from the band Ratt) in a band called Vertex. Pitrelli also joined Asia, appearing on their albums Aqua (1992) and Aria (1994). He would go on to be featured on many New York sessions, including for Kathy Troccoli, Taylor Dayne, Randy Coven and Exposé. His songs have been covered by Y&T, Lita Ford and Derek Sherinian. For a month he substituted in Blue Öyster Cult. Widowmaker (w/ Dee Snider) albums "Blood & Bullets" (1994) & "Standby For Pain"

Al joined Savatage in 1995, joining at the same time as Chris Caffery returned to the band; Caffery had previously been part of the band around the release of Gutter Ballet in 1989. Pitrelli played guitar on the albums Dead Winter Dead (1995) and The Wake of Magellan (1997), and performed some lead guitar work on Poets and Madmen (2001), despite being a member of Megadeth at the time. On that album, Pitrelli was responsible for the outro of "Stay with Me a While", the main solos of "Morphine Child" and "The Rumor", the first part of the main solo in "Commissar" and its outro. During his time with Savatage, he was asked by their producer Paul O'Neill if he was interested in joining his side project, the Trans-Siberian Orchestra. Pitrelli agreed and has played a role in all of their albums to date.

Pitrelli has been a core member of the group since their first album. As well as being the main lead guitarist, he is also the live musical director. TSO's 2007 tour program credits his "edgy playing and vast musical lexicon" with making him a perfect fit for the band's constant boundary-pushing progressive rock stylings. Pitrelli's leads are notable on "Tracers" and the instrumental "Toccata – Carpimus Noctem", the latter being a piece he co-wrote. Both songs form part of the group's fifth rock opera, on their 2009 album Night Castle.

Pitrelli was a member of Megadeth from 2000 to 2002, replacing Marty Friedman. Megadeth bandleader Dave Mustaine asked him to join after hearing good reviews from their then-current drummer Jimmy DeGrasso, with whom Pitrelli played during his days with Alice Cooper in the early 1990s. Pitrelli joined the band after an impromptu "audition" in front of a live crowd in Vancouver on January 16, 2000. Two nights after Friedman played his last show with Megadeth, Pitrelli was asked to play fifteen minutes before the show and was shocked by the prospect as they never rehearsed. He was present during the recording of Rude Awakening, a live CD/DVD that was released in 2002. Pitrelli performed on their 2001 album The World Needs a Hero, which has the song "Promises" which was co-written by Pitrelli and he played most of the guitar solos. When Megadeth entered hiatus after Mustaine injured his arm, Pitrelli rejoined Savatage on April 9, 2002, but did not tour with the band. He also continued his work with TSO, which he's still a member of today.

Al Pitrelli returns and lays down some wisdom from his rock star rebel beginnings as a kid growing up in Long Island (which he stresses, birthed some of the best names in Rock and Roll) his time spent touring with Alice Cooper, Asia, Savatage, Joe Lynn T...

On Dystopia Tonight’s 100th episode we’re celebrating the Holiday Season with Trans Siberian Orchestra’s Chris Caffery and Al Pitrelli!!! These two rock legends were a blast to talk to and we can’t thank them enough for being on the final show or first s...