Jeff Altman was a genuine blast to have on the show! We talk about his friendship with Letterman, appearing on Late Night a combined 45 times, his numerous acting roles in movies and television such as Dr. Gene Splicer in Tiny Toon Adventures, Professor ...

Jeff Altman was a genuine blast to have on the show! We talk about his friendship with Letterman, appearing on Late Night a combined 45 times, his numerous acting roles in movies and television such as Dr. Gene Splicer in Tiny Toon Adventures, Professor Dweeb in Slimer and The Real Ghostbusters, Clint Mullet on Mork and Mindy, and five different guest characters on Baywatch. He also had a recurring role as Hughie Hogg, the nephew of Jefferson Davis Hogg, on The Dukes of Hazzard. His slight of hand magic, his love for the Magic Castle, influencing Judd Apatow, and his time at the Comedy Store. Enjoy! 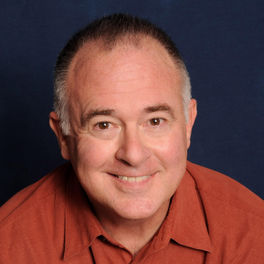 For most of his life, Jeff Altman resided in Los Angeles where he was a sought after stand up comedian, as well as an accomplished actor, starring and guest starring in TV shows the likes of the Dukes of Hazzard, Nurses, Baywatch, Night Court and the Tonight Show plus many others. In his career, Jeff starred in over 30 national commercial campaigns where he represented such companies as Budweiser, Arby's, Panasonic and General Motors. His movie credits include American Hot Wax, Easy Money, Highlander 2, Soul man and Doin' Time. And, of course, over 40 appearances on The Late Show with David Letterman.

Now, because of the strangest of love stories, Jeff has moved to Central North Carolina and is focusing on his life long love of sleight of hand card magic. Growing up in Syracuse, New York, Jeff's love of card magic was instilled in him at an early age, as his dad, Arthur Altman, was one of the finest card handlers in the country. It wasn't long before Jeff, as a young boy, began fiddling with a deck of cards. Somehow, despite some of his "strange behaviors" Jeff was accepted into Johns Hopkins University to study Social and Behavioral Sciences. During his time in Baltimore, Jeff became close friends with card man extraordinaire, Frank Thompson. After graduating from college, Jeff immediately set his sights on Hollywood and the world famous Magic Castle. It was during this time at the "Castle" that Jeff was able to meet and befriend such card greats as Steve Freeman, Ricky Jay and the greatest of them all the "Professor" Dai Vernon.

As his close friend David Letterman says: "If the magic has gone out of your life, call my friend, Jeff Altman, close up card handling at its finest. If you are not amazed and delighted, you may need a full neurological work up, He can do that too!"