Actor, Ghostbuster, and all around great guy Ernie Hudson joins us on Dystopia for an amazing conversation about his life in entertainment, being a father, dabbling in Standup, the appeal and resurgence of everything 80s, acting opposite his son on Oz, h...

Actor, Ghostbuster, and all around great guy Ernie Hudson joins us on Dystopia for an amazing conversation about his life in entertainment, being a father, dabbling in Standup, the appeal and resurgence of everything 80s, acting opposite his son on Oz, his new show The Family Business on HBO, and of course all things Ghostbusters including reprising his role in the new Ghostbusters: After Life! Enjoy! 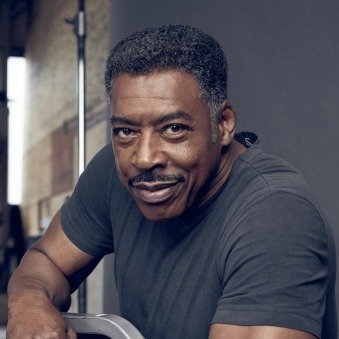 He had a cameo as Patty Tolan's uncle in the remake of Ghostbusters (2016), and reprised his role as Winston in Ghostbusters: Afterlife (2021).

Hudson was born in Benton Harbor, Michigan. He never knew his father. His mother, Maggie Donald, died of tuberculosis when he was two months old. He was subsequently raised by his maternal grandmother, Arrana Donald.

Hudson joined the United States Marine Corps immediately after high school, but was discharged after only three months on medical grounds due to asthma. Having moved to Detroit, Michigan, he became the resident playwright at Concept East, the oldest black theater company in the United States. He enrolled at Wayne State University to further develop his writing and acting skills, graduating in 1973. He established the Actors' Ensemble Theatre where he and other talented young black writers directed and appeared in their own works. He was briefly in a doctoral program at the University of Minnesota, Twin Cities before leaving to appear in a stage production of The Great White Hope. Later, he studied toward a Master of Fine Arts in acting at Yale School of Drama, but left after a year to appear in Leadbelly.

In an interview with Belief.net, Hudson stated that he is a practicing Christian, but does not believe that "one church is the right one."

One of Hudson's early film roles was in Penitentiary II (1982) starring Leon Isaac Kennedy. He landed various guest roles on television series such as The Dukes of Hazzard and The A-Team. He was on the television series Fantasy Island in a first-season episode as a voodoo man named Jamu. Hudson gained fame playing Winston Zeddemore, who enlists with the Ghostbusters in the feature film Ghostbusters (1984) and its 1989 sequel. He also auditioned to reprise the role for the animated series, The Real Ghostbusters, but it was given to Arsenio Hall. He had a major supporting role as the mentally challenged handyman Solomon in The Hand that Rocks the Cradle (1992).

Hudson was cast as Warden Leo Glynn on HBO's series Oz. On Oz, his son Ernie Hudson Jr. co-starred with him as Muslim inmate Hamid Khan. Hudson also appears as the character Munro in Congo (1995) and as Police Sergeant Albrecht in The Crow (1994). He switched gears when he played a preacher opening the eyes of a small town's prejudice in the 1950s in A Stranger in the Kingdom. He is also known for his role as Harry McDonald, the FBI superior of Sandra Bullock's character in the feature film Miss Congeniality (2000). He appears in the Stargate SG-1 episode "Ethon" as Pernaux. Hudson also appeared as Reggie in the film The Basketball Diaries (1995). In 2006, he appeared in the television movie The Ron Clark Story as Principal Turner. In 2008, he began a recurring role as Dr. Fields on The Secret Life of the American Teenager. Hudson also had a recurring role on the final season of Law & Order as Lt. Anita Van Buren's boyfriend and then fiancé.

In 2011, he played Stuart Owens in Torchwood: Miracle Day.

Beginning in 2015, Hudson was cast in a recurring role as Jacob, an organic farmer who is the romantic interest for Frankie Bergstein (Lily Tomlin) in the series Grace and Frankie.

In 2019, Hudson began starring in L.A.'s Finest, playing the estranged father of Gabrielle Union's character. Hudson called it "a very different show", citing the duality of having to protect people as a member of law enforcement while having unresolved relationships that need to be reconciled. Spectrum canceled the series after two seasons the following year.

In August 2019, he confirmed his involvement in Ghostbusters: Afterlife directed by Jason Reitman, joining original cast members, Sigourney Weaver, Dan Aykroyd, Bill Murray and Annie Potts. Hudson described himself as being welled by emotions after he put on his jumpsuit and proton pack, as he had previously "accepted that [a film] was never going to happen."

On March 8, 2022, Hudson was announced as the co-lead in NBC's Quantum Leap reboot.