Allan Havey has had a truly remarkable career. From starting out as a stand-up in 1981 to his breakout appearance on Letterman in ‘86 and soon after helming his own talk show on what was an early version of Comedy Central to an enviable acting career on ...

Allan Havey has had a truly remarkable career. From starting out as a stand-up in 1981 to his breakout appearance on Letterman in ‘86 and soon after helming his own talk show on what was an early version of Comedy Central to an enviable acting career on hits such as Mad Men and the current sensation HBO’s Billions. We talk about never quitting Stand-up even during TV and movie gigs, landing acting roles, giving advice to Jon Stewart, looking to cuddle the president of New Zealand, and calling me out for mixing up Bob and Jeff Altman. Hint: one of them has passed on. Loved spending time with Allan and picking his brain on life and comedy for an hour. Enjoy! 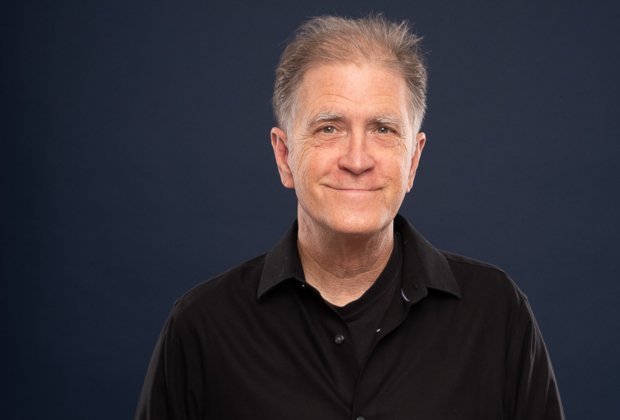 Allan Havey (born September 19, 1954) is an American actor, comedian, writer, and talk show host. He was the host, writer and executive producer of Night After Night with Allan Havey, which aired on The Comedy Channel from 1989-1992. He’s known for portraying Lou Avery on AMC’s “Mad Men” and Karl Allerd on Showtime’s “Billions”. He made numerous appearances on the David Letterman show (on both CBS and NBC) and created two Cable Ace Award nominated performances for HBO, “One Night Stand” and “Command Performance”.

Allan Havey was born on September 19, 1954 in St. Louis, Missouri. His family moved to Miami, Florida in 1958 where he attended Visitation Catholic School in North Miami and Chaminade High School in Hollywood, Florida. He earned an associate degree in theater at Miami Dade Community College and a B.F.A. in acting at Florida State University.

After graduating from FSU in 1978 he moved to New York City, initially partnering with fellow graduate John McFarland on the comedy team “Two For Nothing”. The duo appeared in small clubs and venues and, while well received, Havey decided to branch out on his own as a stand-up. He passed at the legendary Improv comedy club in 1981 and never looked back. Working the tri-state circuit, he honed his skills at the Improv, Catch A Rising Star, Caroline’s Comedy Club, and the Comedy Cellar. During this time, he caught the eye of producer Lorne Michaels who in 1984 cast him in The New Show. Although the show was short lived, Havey worked with Steve Martin, John Candy, Gilda Radner and a host of comedy legends. He made his national television debut as a stand-up on November 13th, 1986 on Late Night with David Letterman on NBC. He made four additional appearances on Late Night as well as five more on Letterman’s CBS show, The Late Show. In 1989 Havey created, hosted and executive produced Night After Night with Allan Havey for The Comedy Channel (which later became Comedy Central), where he interviewed actors, comedians and musicians, and – working with a talented group of writers and performers – wrote and performed sketch comedy. The show became a cult classic and ran for over three years, launching the career of sidekick and announcer Nick Bakay. It was the first talk show experience for many up-and-coming artists, debuting the first animated shorts of a young Mike Judge as well as hosting the first on-air interview of Tupak Shakur. During this period Havey created two Cable Ace Award nominated comedy specials for HBO, “One Night Stand” and “Command Performance”.

Havey has performed his stand-up across the United States, Canada, the U.K. and Europe. In October of 2004 he entertained the troops in Afghanistan. He appeared at the 2018 Edinburgh Festival to solid reviews and has been featured numerous times at the Just For Laughs festival in Montreal. He still performs regularly at the Improv in Hollywood, California, and at the Comedy Cellar in both Manhattan and Las Vegas.

In 1995 Havey moved to Los Angeles in search of additional acting opportunities, resulting in guest star appearances on Seinfeld, Curb Your Enthusiasm, Judd Apatow’s Love, Louie C.K.’s Louie, Crashing, and five episodes of Punk’d – where he got the goods on Kanye West. He starred in the Fox sitcom Free Ride as Bob Stahlings. In 2013 Havey was cast by Matthew Weiner as Lou Avery in AMC’s Mad Men, leading to the New York Post calling him “the most hated boss in television history.” He currently plays Karl Allerd in the highly acclaimed Brian Koppelman/David Levien/Aaron Sorkin drama Billions on Showtime. Additional guest star appearances include The Office, The Man in The High Castle, Code Black, Bosch, Two Broke Girls, Glow, Up All Night and The Sarah Silverman Program.

Havey guest starred in the Coen brothers film Hail Caesar with Josh Brolin; Steven Soderberg’s The Informant with Matt Damon; Mike Figgis’ Internal Affairs with Richard Gere; and David Leland’s Checking Out with Jeff Daniels. Other films include Rounders, Knock Around Guys, Wild Things 2, Plus One, and Love or Money.