Comedian, actor and author, Ron James was a blast to have on the show. Packed with stories from the road, his time at second city, befriending Mike Myers, leaving Canada and moving to LA, odd jobs in between acting gigs when he started out, his own talk ...

Comedian, actor and author, Ron James was a blast to have on the show. Packed with stories from the road, his time at second city, befriending Mike Myers, leaving Canada and moving to LA, odd jobs in between acting gigs when he started out, his own talk show, and a slew of hilarious anecdotal life lessons kept us doubled over with laughter. Can’t wait to have him back on again! Enjoy! 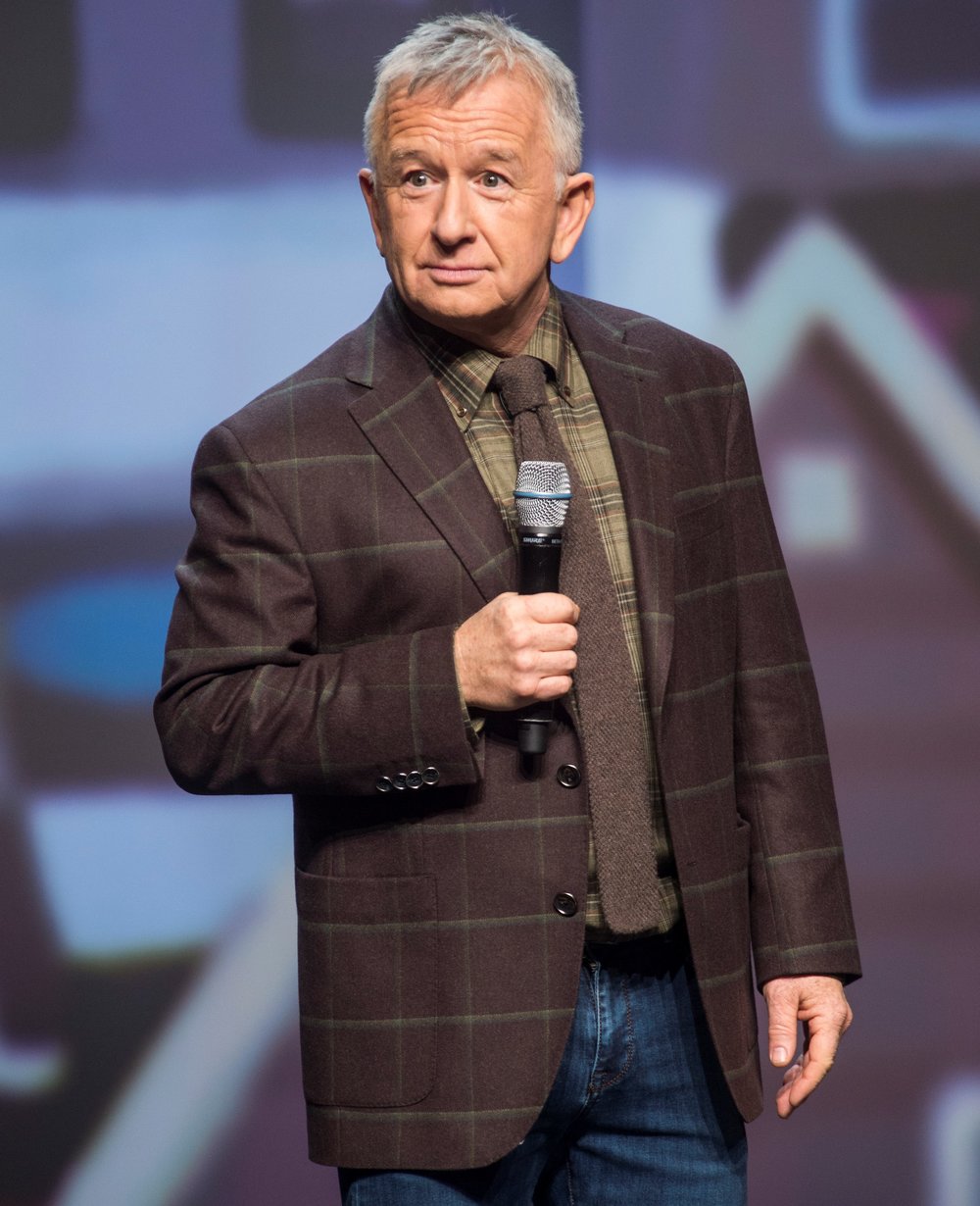 Consistently hailed by audiences and critics from coast to coast, RON JAMES has been selling out theatres in Canada for more than 20 years.

This verbal gymnast marries a comedian’s eye for satire with a writer’s ear for language, taking fans on a two-hour roller coaster ride, that cuts a wide swath through contemporary culture with razor-sharp wit and poetically charged delivery.

After graduating with a BA degree in History from Acadia University, (from whom he was bestowed an Honourary Doctorate in the Humanities in 2014), Ron moved from Halifax to Toronto. From there he kicked into gear, what has been a forty-one-year career, when he was hired by North America’s premier breeding ground of comedy, The Second City. Throughout the 1980’s Ron appeared in dozens of commercials, television roles and films.

In 1990, he and his young family moved to Los Angeles, where he joined the cast of ‘My Talk Show,’ a television series for Ron Howard’s Imagine TV, that was syndicated across America. Although lauded by Newsweek as the ‘cult hit to watch for the Fall 1990 television season’, it was cancelled in less than a year.

Finding himself just another actor in a town stinky with them, he managed to land a few guest-starring roles and became the pitchman for Texas Tourism in a series of award-winning commercials. Mostly though, he was unemployed and going broke.

That’s when he started to write the show that, upon his return to Canada in ’93, would become his critically acclaimed solo turn that led him to stand-up comedy, ‘Up and Down in Shaky Town’: One Man’s Journey Through the California Dream’.

‘…a hilarious brand of funny all his own’ - Winnipeg Free Press

After five years spent honing his craft onstage, eking out a living from Canada’s laughably lean club circuit, Ron was invited to launch the premiere season of CTV’s Comedy Network when ‘Shaky Town’ was given its own ninety-minute special.

The next several years saw him voted Comedian of the Year at the CCA’s, appear half a dozen times at Just for Laughs, Halifax and Winnipeg Comedy Festivals, write for 22 Minutes, join the cast of award-winning satire ‘Made in Canada’ and star in the first television series of his own creation, ‘Blackfly’, which ran for two seasons on Global Television. (Unfortunately, Global wasn’t aware of that).

After Blackfly’s cancellation, Ron hit the road…hard… playing every theatre from Corner Brook to Courtney-Comox for nine years.

These cross-Canada journeys, spent battling blizzards a Yeti wouldn’t wander, resulted in the first of what would eventually be a record-breaking nine one-hour comedy specials for the Canadian Broadcasting Corporation, which fast became a New Year’s Eve viewing tradition. In the middle of all that he also starred in a television series, ‘The Ron James Show’, which ran for five years.

When globalism’s first pandemic struck a torpedo to the bow of live performance in March 2020, scuttling careers the worldwide over, the only option for survival was to work from home. That’s when Ron began streaming another round of original one-hour comedy specials called ‘Live from My Living Room’ on ZOOM, which drew audiences worldwide.

Oh, and during the year of the plague he also took the time to write a book. ‘All Over the Map’: Rambles and Ruminations from the Canadian Road’, to be released by publishing giant, Penguin-Random House September 28, 2021.