Allan talks to John about the “real” Comedy Store, wild nights on the road, his time with Sam Kinison, his lifelong comedy buddy Carl LaBove, writing and producing Arli$$, Roseanne, and doesn’t hold back on some of the comedy greats he loves and hate...

Allan talks to John about the “real” Comedy Store, wild nights on the road, his time with Sam Kinison, his lifelong comedy buddy Carl LaBove, writing and producing Arli$$, Roseanne, and doesn’t hold back on some of the comedy greats he loves and hates and everything in between 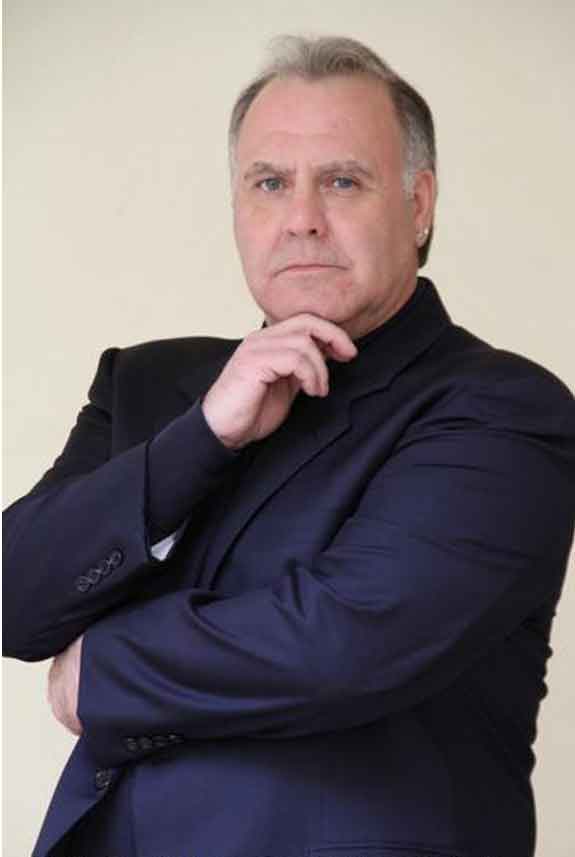 Allan Stephan is a longtime veteran of the comedy club circuit, Allan has a much-deserved reputation as one of the quickest and funniest off-the-cuff comics working today. He has been able to take his best material and work the audience based upon what they want to hear and talk about. Allan has headlined every major club in the country, and for six years played to sold-out Las Vegas casinos and arenas with Sam Kinison as Sam Kinison’s Outlaws of Comedy. He’s also opened for many famous acts including Harry Belafonte, Tony Bennett, and Smokey Robinson, just to name a few. Allan Stephan as seen on “Roseanne” and “The Tonight Show” Allan Stephan has made a name for himself on the stand-up scene with a brand of conversational humor coupled with finely honed improvisational skills. Allan’s humor can best be described as a cross between the down-home manner of your favorite uncle and the acerbic tongue of a Far Side comic strip. Allan turned to writing in the mid-90s and soon became the executive producer on the hit television show Roseanne and served as co-executive producer on HBO’s Arli$$. Allan was nominated for a WGA Award in 2007 for the show he co-created, Assume the Position with Mr. Robert Wuhl on HBO. Allan was also nominated two times for an NAACP Image Award and has been recognized with a Humanitas Certificate for his television writing contributions that enrich the human condition. Allan’s done many pilots and specials along the way including some for MTV, Disney, Nickelodeon, and Sony. Allan Stephan, a comic who was part of Kinison’ s “Outlaws of Comedy” crew and later the showrunner for Roseanne, never lived in Cresthill, but spent countless hours there in the late ’70s and early ’80s. “Comics were suddenly getting respect, so we could get away with murder,” Stephan says. “And we did.” Mitzi saw the Store as a place for comics to work out and improve, essentially comedy college. “Cresthill,” Stephan says, “was the frat house.” The place is more than an interesting footnote in comedy history: Cresthill’s glory years coincided with a massive stand-up boom across the country. In the mid-’70s, you could count the number of comedy clubs nationwide on one hand; by the late ’80s, there were hundreds. This group of comics, haunting Cresthill, working the Store, helped to create the stand-up business as we know it. In that house, these comics forged a style and, more important, a bold, anarchic attitude that still pervades comedy today. But this came at a cost: Marc Maron, who showed up around 1987 and lasted eight months living in a small room Dice had recently vacated, described his time there to me as a “big, dark baptism.”