Arthur Hanlon is the first Emmy nominated chart topping pianist we’ve had on Dystopia Tonight and he was a blast to talk to! Not only a pianist but a songwriter and arranger who is widely known in the Latin music realm for becoming the first pianist to r...

Arthur Hanlon is the first Emmy nominated chart topping pianist we’ve had on Dystopia Tonight and he was a blast to talk to! Not only a pianist but a songwriter and arranger who is widely known in the Latin music realm for becoming the first pianist to reach the Billboard Latin airplay charts in more than a decade and the first to have a No. 1 on Billboard's Tropical Airplay chart.

His latest creative endeavor comes right out of the pandemic and will be premiering on HBO Max titled: Piano Y Mujer!

We talk about that, how a guy from Detroit got his start in the Latin music scene, his inspirations, being star struck and of course life on the road. Enjoy! 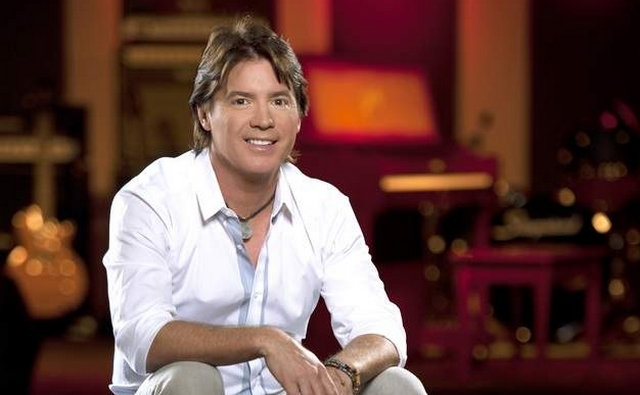 "Like Elton John, Hanlon has the ability to focus with laser-like precision on the melodic essence of a song and rework it to find new dramatism. Hanlon doesn’t sing, and you could think the piano would limit him to instrumental albums, but that isn’t the case. Like Chris Botti, trumpeter for Sting, or rock guitarist Ottmar Liebert, Hanlon brings a broad range of guest artists to create fascinating albums."- The Houston Chronicle

Chart topping pianist/composer/arranger and Billboard and Emmy-nominee Arthur Hanlon is the single most recognizable name in Latin instrumental music today. Born in Detroit to Irish American parents, Hanlon found his calling in Latin music and has done what no one else has accomplished in Latin instrumental music, becoming the only pianist to hit No. 1 on the Billboard Latin charts and the only pianist to hit Billboard’s Latin Airplay charts in over a decade. A virtuoso with a master’s degree in piano performance from Manhattan School of Music, Hanlon plays a distinctive blend of Detroit street, classical virtuosity and Latin beats and he has recorded and performed with superstars like Laura Pausini, Marc Anthony, Juanes, Luis Fonsi, Myriam Hernandez, Sergio Vallín and Ricardo Montaner.

“Encanto del Caribe is a celebration of the convergence of cultures,” says Arthur, who co-produced the album with Julio Reyes-Copello. “It really shows that there are no divisions in music, it’s not black and white, and that as artists we can all come together to perform music from anywhere in the world.”

A Universal Music Latino recording artist, Arthur is the only instrumentalist currently signed to a major Latin label. His 2009 album, “Piano Sin Fronteras” (Piano With No Borders), is a collection of his own compositions, performed with Laura Pausini, Luis Fonsi, Juanes, Chilean superstar Myriam Hernández, Brazil’s Alexandre Pires and Sergio Vallín, guitarist for leading Latin rock band Maná. The album’s hits include “Ya Te Olvidé,” a duet with Venezuelan superstar Ricardo Montaner which hit the top 20 of Billboard’s Latin pop and Hot Latin Songs charts.

Arthur’s 2008 Christmas track, “Esta Navidad,” nominated for an Emmy award, was selected by the Univision network as its official Christmas song for 2008, while his 2010 Christmas hit “Navidad Navidad,” was also featured on Univision stations nationwide, with Arthur on piano and featuring Chino & Nacho and Dulce Maria.

Arthur started playing the piano at six, and at 15, was already playing professional gigs with Detroit’s leading bands, hiding his real age in order to get into the clubs that were booking him.

The Latin in him is the product of his life in New York City, where he completed postgraduate work in classical piano performance at the prestigious Manhattan School of Music and continued to obtain his Master’s Degree. Most importantly, while in New York and living in Spanish Harlem, Arthur fell in love with Latin music and started playing Latin gigs around the city which irreversibly changed his life.

The single “La Gorda Linda” became the first track ever by a pianist to hit No. 1 on the Billboard Latin charts making Arthur a multiple Billboard Latin Music Award finalist. Arthur followed up with 2006’s critically acclaimed “Mecanomanía,” a tribute to Spanish pop group Mecano.