Actor and Activist Ed Begley Jr. joins us on the show to talk about his new environmentally friendly house cleaning products, the immediacy of climate change, how even the smallest change in your lifestyle can benefit the earth, plus his father’s legacy,...

Actor and Activist Ed Begley Jr. joins us on the show to talk about his new environmentally friendly house cleaning products, the immediacy of climate change, how even the smallest change in your lifestyle can benefit the earth, plus his father’s legacy, his advice to gifted actors and his incredible career in the business! Enjoy! 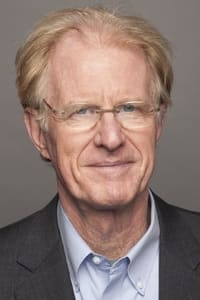 Inspired by the works of his Academy Award-winning father, Ed Begley, Jr. became an actor. He first came to audiences’ attention for his portrayal of Dr. Victor Ehrlich on the long-running hit television series, “St. Elsewhere,” for which he received six Emmy nominations. Since then, Begley has moved easily between feature, television and theatre projects.

Ed can be seen in “Ghostbusters” with Kristen Wiig and Melissa McCarthy and a number of Christopher Guest films, such as “Mascots”, “A Mighty Wind”, “Best In Show,” and “For Your Consideration”. He has also appeared in the Woody Allen movie “Whatever Works” with Larry David, as well as the Seth Rogen/Judd Apatow film, “Pineapple Express”,

On television, Begley can currently be seen on “Better Call Saul” with Bob Odenkirk, “Bunt Talk” with Patrick Stewart and “Lady Dynamite” with Maria Bamford.

He has starred in two HBO movies: “Muhammad Ali’s Greatest Fight” with Christopher Plummer, Danny Glover and Frank Langella, as well as “Recount” with Kevin Spacey, Tom Wilkinson and Laura Dern. He has also had recurring roles on “Six Feet Under”, “Arrested Development”, and “Portlandia”.

Ed has directed several episodes of the hit show “NYPD Blue” as well as a play that he wrote called “Cesar and Ruben” that won a Nos Otros Award and four Valley Theater League Awards.

A busy actor, Ed is always on the go, but the environment and bringing awareness to the public is also a huge passion for Ed. Along with his wife Rachelle and daughter Hayden, they created “Living With Ed”, “On Begley Street” and now Begleyesque Podcast.

Here’s a fun clip of Ed, Rachelle and Hayden on the start of their LEED Home “On Begley Street”.