An evening with Robert Klein wrapped in Dystopian foil and served to you via the internet is just what the comedy doctor ordered! Getting to digitally sit down with a legend is always a blast but with Robert it became illuminating in a way I had not expe...

An evening with Robert Klein wrapped in Dystopian foil and served to you via the internet is just what the comedy doctor ordered! Getting to digitally sit down with a legend is always a blast but with Robert it became illuminating in a way I had not expected. Attentive an extremely generous with his Robert and I take a deep dive into his childhood, his passion for comedy and performing, his extensive career spanning every avenue of entertainment, his friendships and some stories with George Carlin, Madeline Kahn, Robin Williams, Paul Reiser, Jerry Seinfeld, Jonathan Winters, and more! We also talk about him being a student of History, getting into some current events, past politics, and where we’re currently headed as well as always being able to dodge the censors, and all the over talk of “sensitivity” in comedy today. Enjoy! 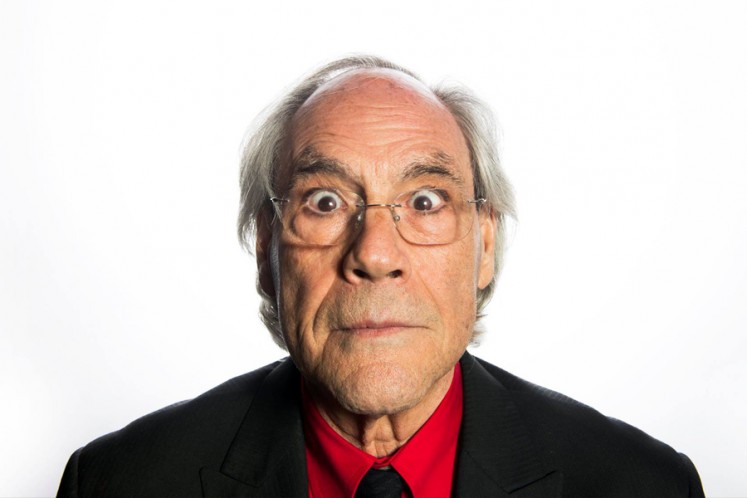 Robert Klein is a man of many talents, establishing himself as a stand-up comic, a singer, and an actor. Klein was born in the Bronx and planned to study medicine, but instead chose to study acting at Yale School of Drama. While in New Haven, Klein learned about The Second City, and at 23 years old, he traveled to Chicago to try out. During his audition, he was paired with Fred Willard in a successful improvised scene, and the two were cast at the same time in 1965 in a cast with David Steinberg.

Klein would work again with Second City alumni in the Mike Nichols-directed musical, The Apple Tree. In 1979, Klein was nominated for a Tony Award for Best Actor in a Musical for his role in They're Playing Our Song.

Klein’s first major appearance on television was as host of the 1970 series Comedy Tonight, on which his extensive routines about the Watergate scandal made him highly popular. In 1974, he appeared in an episode of Paul Sand in Friends and Lovers. He starred in HBO's first stand-up comedy special in 1975 during the cable channel's early broadcast days and has continued to appear in several more one-man shows. In 1985, he starred in the "Wordplay" episode of The New Twilight Zone. In 1986, Klein had his own late-night talk show, Robert Klein Time, which ran on the USA Network until 1988.

At the same time, Klein achieved success in the 1970’s with his Grammy-nominated comedy albums: A Child of the Fifties, New Teeth, and Mind Over Matter. He responded to the end of the sexual revolution with his 1990 album Let's Not Make Love.

Klein has appeared in such movies as The Owl and the Pussycat, Hooper, Primary Colors, Radioland Murders, Ira and Abby, One Fine Day, Two Weeks Notice, How to Lose a Guy in 10 Days, and The Safety of Objects. He had a recurring role in the TV drama series Sisters. In the 1970s, he hosted Saturday Night Live twice, appearing in the original “Cheezborger! Cheezborger!” sketch with John Belushi and Dan Aykroyd.