Nine times out of ten if there’s someone you love who is funny, Bruce Vilanch made them funnier.
Bruce is a two time Emmy winning comedy writer, songwriter, and actor with a four-year stint on Hollywood Squares, as a celebrity participant and head writer...

Nine times out of ten if there’s someone you love who is funny, Bruce Vilanch made them funnier.

Bruce is a two time Emmy winning comedy writer, songwriter, and actor with a four-year stint on Hollywood Squares, as a celebrity participant and head writer. Vilanch wrote for the Academy Awards from 1989 to 2014 becoming the head writer in 2000.

We talk about what got him into show business, his first writing gig, the current state of the Oscars, Same Elliot, The Power Of The Dog, Comedy, Comedians, Robin Williams, Hollywood Squares, and more!

We also have a special drop in from good friend of the show Shelly Goldstein! Enjoy! 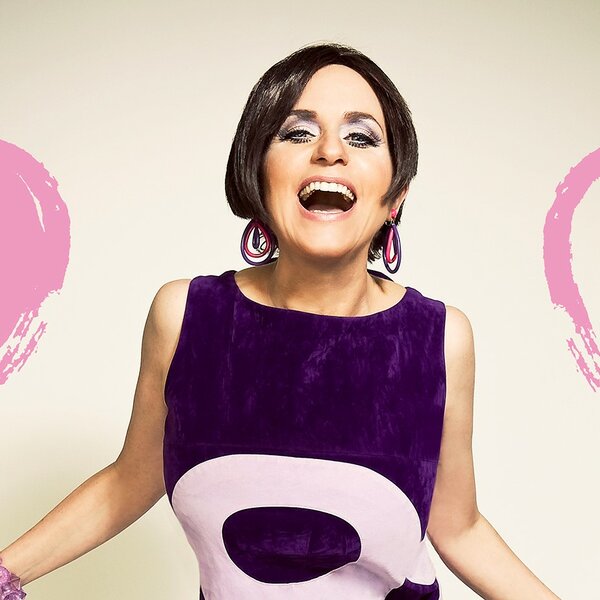 Shelly Goldstein is a writer-performer who has written for every genre of TV, film and stage. Her one-woman shows play to sell-out crowds throughout the US and UK and she recently wrote the comedy special WAIT! WAIT! DON’T KILL ME & performed in it with Lily Tomlin, Pete Holmes, Kevin Nealon & Margaret Cho. She created the sitcom BINGO with Bruce Vilanch and was Script Consultant & lyricist on Liongate’s UK/European series, COLD COURAGE. Her song “England’s White Rose” is on the Sony Soundtrack CD. She wrote the Emmy winning PBS musical special, CHICAGO VOICES. Her lyric ILLINOIS was sung by the Chicago Gay Men’s Chorus in the documentary LINCOLN IS CRYING.

She has won the New Yorker magazine’s Cartoon Caption Contest.

She co-starred in the British film, THE RIDDLE opposite Sir Derek Jacobi & Vanessa Redgrave. 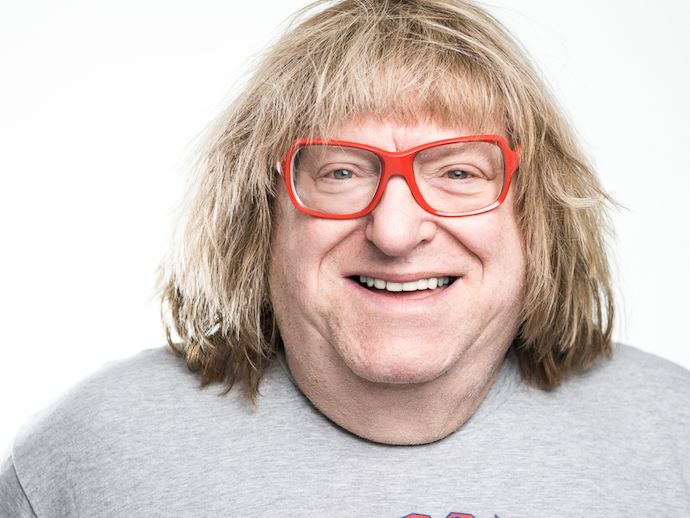 One of the most sought-after jokesmiths in the entertainment industry, Bruce Vilanch has become a recognizable face in his own right, thanks to the feature-length documentary “Get Bruce!” (1999) and his one-time stint as a regular on “Hollywood Squares” (1998 ), for which he also served as head writer.

Mr. Vilanch was born in New York on November 23, 1948, but was adopted by the Vilanch’s–his late father, Jonas, an optometrist and his mother, Henne, a former Broadway show girl–and then grew up in Patterson, New Jersey. He has a very special bond with Henne and according to him, gets a lot of his show biz humour from her.

“She’s as obsessed with image as famous people,” Vilanch says of his mother, his hands making the kind of hyper motions that indicate adoration of the stage veteran. “When I was little, the house had what she called the showcase room. The furniture was all wrapped in plastic and nobody except company could go into it. Of course she took the plastic off then. A few years ago, the dog discovered the room, ripped through the plastic and ruined the upholstery. She called me and said she was going to redecorate it. And when I asked her what excuse she would use, she said, ‘I’m telling people it’s because Sonny Bono died.”

Known for his eclectic eyewear and collection of unique T-shirts, he began as a child model for Lane Bryant, but when his initial efforts as an actor came to naught, he became an entertainment writer for the Chicago Tribune instead. Impressed by his review of her cabaret performance in 1970, Bette Midler hired him to punch up her act where he gave birth to Midler’s famed Sophie Tucker jokes. He later moved to Los Angeles where he wrote for variety shows like the original “Donny and Marie” and “The Brady Bunch Hour” (both ABC) and provided material for Richard Pryor, Lily Tomlin and Joan Rivers. He has maintained his connection with Midler through the years, working on such projects as the feature “Divine Madness” (1980) and the TV special “Bette Midler–Diva Las Vegas” (HBO, 1997), as well as writing for her short-lived but lively sitcom, “Bette!” (CBS, 2000 ).

He made his feature debut as a dress manufacturer in “Mahogany’ (1975), starring Diana Ross, and also contributed material to her live act. Mr. Vilanch put his Muppet-like persona to excellent use as Santa’s number one helper in the syndicated TV-movie “It Nearly Wasn’t Christmas” (1989). On the heels of “Get Bruce!”, Vilanch performed his comedy stylings Off-Broadway in “Bruce Vilanch: Almost Famous” (2000). After a first act reminiscing on his odd path to almost famousness, he opened up the floor to questions in Act II, displaying his amazing ability for off-the-cuff one-liners. As he told US WEEKLY (June 12, 2000), there is a downside to celebrity: “Now, I get knocked if someone tries something that doesn’t work. Before it was the fault of these anonymous people, ‘the writers.'”

Vilanch began contributing to Academy Awards telecasts in 1989, collaborating with the likes of Billy Crystal, Whoopi Goldberg and David Letterman, and graduated to head writer in 2000. He has roasted celebrities like Elizabeth Taylor and President Clinton. The Whoopi connection led to his providing the notorious material Ted Danson performed in blackface at a certain 1993 Friars Club roast of his then-girlfriend Goldberg, but his resume also includes “You Made Me Watch You”, the touching Emmy-winning valedictory Midler crooned as a send-off to Johnny Carson.

He scripted most of the Academy Awards telecasts over the last decade, two of which won Emmys, including the one featuring Billy Crystal’s Hannibal Lecter entrance. Mr. Vilanch has also written for The Tony’s, The Grammy’s, The Emmy’s, and just about every other award show to brighten your television screen. He also participates and volunteers at almost every charity function, especially those dealing with GLBT issues.

Mr. Vilanch just capped off his 14th writing gig for the Oscars in 2003. Currently he is writing for Bette Midler’s 2003 Fall Tour and in September he will debut in the popular Broadway hit, “Hairspray”. He will be in the touring company which opens in Baltimore, September 9, 2003 at the Mechanics Theatre.

For the part of Edna Turnblad, Mr. Vilanch will have to shave off his famous 30 year old beard. No telling what’s lurking in there…but one thing it has never been able to hide….TALENT!!!