Stewart Copeland is a talk show/podcast host’s dream. Especially when that host is newly recovering from Omicron.
A natural story teller with a boundless engaging and joyful energy left me only wanting more time to talk to the legendary drummer and now 5...

Stewart Copeland is a talk show/podcast host’s dream. Especially when that host is newly recovering from Omicron.

A natural story teller with a boundless engaging and joyful energy left me only wanting more time to talk to the legendary drummer and now 5 time Grammy winner after taking home Best New Age Album for Divine Tides, his collaborative effort with Indian composer Ricky Kej at the 64th annual Grammy Awards!

We talk about his humble beginnings starting out idolizing his brother which lead him to play in his first band, traveling the world, his secret desire to be a guitarist, his knowledge of touring and running a band which helped him when he was in The Police, building a community and space for his buddies to jam in, being the “Hendrix” for up and comers, his idols growing up, navigating social media, giving advice to his kids, composing music for Spyro The Dragon, his relationship with Sting, the passing of Taylor Hawkins and what he describes as being “Open Season” on drummers and so much more. It was a true honor getting to speak with him. Enjoy! 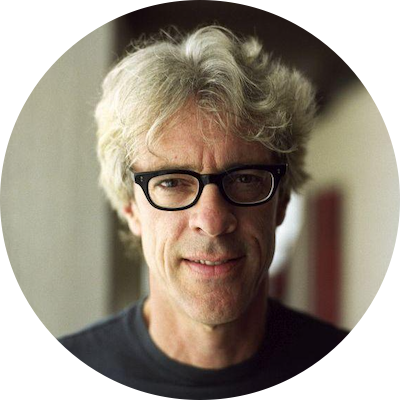 Stewart Copeland was born in Alexandria, Virginia, but soon relocated with his family to Beirut, Lebanon, where his father served as the Middle Eastern city’s CIA Station Chief. It was here that Stewart discovered his talent on — and love for — the drums. His older brother Ian played drums in a local band and, following in his brother’s footsteps, Stewart picked up a pair of sticks and began to play. His knack for the instrument distinguished him from his sibling almost immediately. While Ian quickly gave up the drums, Stewart found his aim and purpose in them.

Encouraged and assisted by his father, who in addition to his intelligence career was once a trumpeter in The Glenn Miller Band, Stewart’s first teacher was an old jazz drummer. Copeland was a quick study with a good ear and scored his first real gig playing drums while still barely in his teens.

A sudden family move to England opened new opportunities for Stewart pursue rock and roll, first as a journalist for a drummer magazine, then as a roadie, for, among others British prog-rock group Curved Air. In 1974/1975, when the band found itself in need of a new drummer, Curved Air hired Stewart, who made his recording debut on the successful Midnight Wire andAirborne. In addition, Curved Air introduced him to vocalist Sonja Kristina, who would later become his wife and the mother of three of his sons.

Restless, Stewart decided to form a trio fashioned on the vibe and energy of punk music. He would call this project “The Police,” a provocative name in its time that capitalized on the everyday brawls that broke out between punks and law enforcement: a regular police presence in the streets of London meant free marketing for his band.

The second member of the trio would be guitar player Henry Padovani. A Curved Air performance in Newcastle gave Stewart the chance to find the third piece to the trio puzzle. While in town, he caught the set of a local band called Last Exit, a popular jazz fusion band recommended to him by journalist Phil Sutcliffe. Only one thing caught Stewart’s attention at the concert: the stage presence of the band’s charismatic bass player, a musician/vocalist known as Sting.

Phil introduced the two musicians after the show. When Sting later moved to London with his wife and son, he called Stewart, who was only too happy to welcome him into The Police. It would be a move that would change music history. Though the band saw its shares of ups and downs, they went on to become one of the most successful trios of the 1980s. Stewart has chronicled this time in a couple of projects: his 2009 autobiography “Strange Things Happen: A Life With The Police, Polo and Pygmies” and his 2008 documentary Everyone Stares, The Police Inside Out.

Though the band saw its shares of ups and downs, they went on to become one of the most successful trios of the 1980s, reuniting in 2007 for a succesful world tour ended at the Madison Square Garden in New York City in August 2008.

After his last concert with the Police in Australia in March 1984, Stewart began his move beyond the rock arena. He created the memorable score to Francis Ford Coppola’s Rumblefish, a strikingly original mixture of traditional percussion, electronically sampled car horns and ticking clocks that would earn him a 1984 Golden Globe nomination. Stewart followed this up with his 1985 docu-drama The Rhythmatist, a journey to Africa to explore the roots of rhythm. Soon afterwards, Oliver Stone called on him to write the scores for Wall Street and Talk Radio.

In 1988, Stewart began playing with Stanley Clarke, one of the most famous bass players of all time. Collaborating with singer-songwriter Deborah Holland, the two released their first album in 1989 under the name Animal Logic. The tour that followed put Stewart back on stage, playing drums in front of large, enthusiastic crowds. Although the success of these initial efforts prompted Animal Logic to record Animal Logic II, no supporting concert tour followed and, as a result, there would be no other releases in the future.

The decade following the 80s was the most prolific period in Stewart Copeland's career. With scores and soundtracks as his main occupation, the famous drummer now became better known as a famous composer.
Stewart had already been a productive songwriter before the Police had emerged, having released a few singles in 1978 and a follow-up album in 1980 under the pseudonym of Klark Kent. But while The Police needed that particular touch brought to its music by Sting, Stewart's varied musical culture and knowledge allowed him to work on a variety of projects, from classical to jazz. All of these different influences surfaced in his many releases during the 1990s.
But Stewart's compositions were not limited to film scores alone: in addition to composing a number of ballets, Stewart was commissioned by the Cleveland Opera to compose an opera, which he called Holy Blood And Crescent Moon. As a result of his unique sound, ear, and experience, Stewart's name soon became recognized as one of the most important composers in Hollywood.

He composed two Edgar Allan Poe-inspired short operas: A Casque of Amontillado and The Tell-Tale Heart. His Orchestralli ensemble, comprised of Copeland, a four-piece percussion quartet and a chamber orchestra performed Stewart’s blend of energetic original compositions. A piece from that album — “Birds of Prey” — was nominated for a 2006 Grammy Award.

In 1999 Stewart was asked to produce a song on an album by Primus, an American alternative rock band whose bassist, Les Claypool, was widely acknowledged to be one of the most interesting musicians of the decade.
Stewart was so impressed by Les that the two decided to jam together on some improvised music. Les had been invited to play a festival in New Orleans in 2000, and he asked Stewart and guitarist Trey Anastasio of Phish to join him for the performance. The three of them rehearsed many classic tunes, including "House Of The Rising Sun" and various Led Zeppelin tracks, while also writing some original material.
That 2000 concert marked an unforgettable night for many. Critical reception to the performance was enthusiastic, and the band's jam sessions had produced a number of good songs. Although it took many months for them to play together again, Stewart, Les, and Trey reunited to record an album under the name of Oysterhead.

The band released the album The Grand Pecking Order in October 2001, and a tour of the U.S. saw them playing in front of screaming crowds, all waiting to hear these three incredible musicians on the same stage together. Once again Stewart found himself working as a drummer in a rock band, and his performance was so impressive that many expressed disappointment that a band like the Police could not reform and demonstrate once more the great potential still held by three such legendary musicians as Andy Summers, Sting, and Stewart Copeland. None of them had ever said officially that the Police had broken up, so many fans still held out hope; but it seemed that none of them was making any effort to bring the band back together either.

In 2006, Stewart left for the UK and took up his duties as a judge on the BBC One reality composition Just the Two of Us. Gently deriding and — more often than not — applauding the talents in the Pro-Am match-up of duetting couples, Stewart enjoyed a hilarious three weeks in London as a new primetime television star. As a result of this successful appearance, he was asked to return as a judge in January 2007.

Stewart is a recipient of the Hollywood Film Festival’s first Outstanding Music in Film Visionary Award, and a 2003 inductee to the Rock and Roll Hall of Fame. His career includes the sale of more than 60 million records worldwide, and has won him five Grammy Awards. Meanwhile, his travels in search of exotic rhythms and musical celebration have taken him around the world from mysterious Easter Island to Mozambique, and from the outback of Australia to the remotest regions of the Congolese jungles. He is the father of seven children and lives in Los Angeles with his wife, Fiona Dent.