I could honesty talk about comedy with Paul Provenza forever. He’s not just a student of it he’s an architect of the craft itself, and the appreciation of it as well as having an eye for it in the comedians he surrounds himself with and the ones that are...

I could honesty talk about comedy with Paul Provenza forever. He’s not just a student of it he’s an architect of the craft itself, and the appreciation of it as well as having an eye for it in the comedians he surrounds himself with and the ones that are drawn to him. There’s so much thought and nuance and love that goes into a project he’s involved with which is why comics trust that they’re in good hands when they’re working with Paul.

We talk about his early beginnings as a comic, why he doesn’t perform live as much as he used to, the trajectory of his career, The Green Room with Paul Provenza, Sataristas, The Aristocrats, his upcoming documentary, how comedy has changed and where it’s headed, Richard Mulligan, producing, directing, editing, and the current level of Dystopia we’re all trying to thrive in. Enjoy! 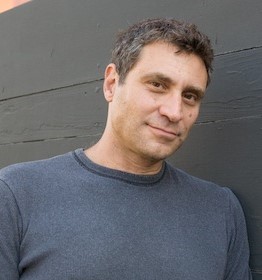 Paul Provenza is a television presenter, actor, radio panelist, stand-up comedian, filmmaker, and skeptic based in Los Angeles. He has appeared on several podcasts and in recent years has interviewed other stand-up comedians.

Provenza was born and grew up in the Pelham Parkway section of the Bronx, New York City, and graduated in 1975 from the Bronx High School of Science. In high school, he started performing stand-up comedy, making his stage debut at age 17 at the original The Improv in Manhattan. He continued performing while attending the University of Pennsylvania, taking a year's leave of absence to study in London at the Royal Academy of Dramatic Arts. While at RADA, he joined a classical repertory theater group, becoming one of few Americans to perform the role of Romeo on the London stage. He graduated in 1979 from the University of Pennsylvania, the year it awarded its first Theatre Arts degree. At Penn, he wrote for the Pennsylvania Punch Bowl and was a cast member of the Mask and Wig Club, where he has returned numerous times to perform in the annual Intercollegiate Comedy Festival

While working as a standup comedian and on television, Provenza also found work in theatre. He received critical acclaim for his work on stage, with his performance in the Off-Broadway play Only Kidding! being nominated for a Drama Desk Award for Best Actor and winning the Theater World Award for Best Actor in a Play. He was the stand-up comedian opening act for Diana Ross for three years or more. He was honored with a caricature by the legendary Al Hirschfeld. Between 2006 and 2010 he also was a frequent panelist on Wait Wait Don't Tell Me.

After decades as a stand-up comic and actor, Provenza found a new calling as an interviewer of other stand-ups, culminating in his 2005 directorial debut, The Aristocrats (made with Penn Jillette). At the 2006 Edinburgh Fringe Festival, Provenza held a nightly show at the Underbelly, Talk of the Fest. Held at 11pm each night of the festival, the set up was described by Provenza as that of a "green room for the whole festival". Guests included Trey Parker and Matt Stone, the creators of South Park. The show was reprised by Provenza at the 2007 Just for Laughs comedy festival in Montreal, where guests included Billy Connolly, Eddie Izzard, and members of The Kids in the Hall. In 2010, Showtime picked up the show and on June 12, 2010, The Green Room with Paul Provenza debuted with many of the same festival guest line-ups.

In 2011, Provenza began developing a new show called Set List - Stand-Up Without A Net. The show was originally devised by Troy Conrad and features stand-up comedians who are made to improvise their sets based on suggestions they receive. After successful appearances at worldwide comedy festivals including Just For Laughs, the Melbourne Comedy Festival and the Edinburgh Fringe, it was picked up for television by UK broadcaster Sky Atlantic. The series included performers Robin Williams, Drew Carey and Frank Skinner and was also broadcast in Australia on ABC2.

In May, 2010, Provenza's book, ¡Satiristas!, with photography by Dan Dion was released by Harper-Collins. It features in-depth interviews with Stephen Colbert, Bill Maher, George Carlin, Marc Maron, among others.