Jonn Penney was a blast to talk to about everything from his creative process over the years, how it’s evolved during the pandemic, Ned’s Atomic Dustbin, his new band SPAIRS, wanting to be an actor before a musician, raising his kids, homeschooling durin...

Jonn Penney was a blast to talk to about everything from his creative process over the years, how it’s evolved during the pandemic, Ned’s Atomic Dustbin, his new band SPAIRS, wanting to be an actor before a musician, raising his kids, homeschooling during Covid, performing in the US vs the UK, song interpretation, movie sound tracks and more. Enjoy! 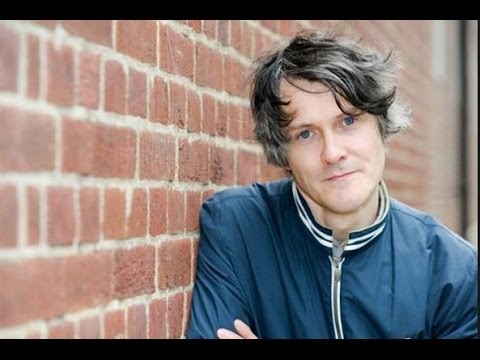 Jonn Penney is a musician best known as the lead singer of Ned"s Atomic Dustbin.

He went to Thorns School and Community College in Quarry Bank, where he met Ned"s bass player Matt Cheslin. Penney used to live in a house near the Swan Hotel in Stourbridge, where he used to drink. He now lives within walking distance from there.

He formed Ned"s Atomic Dustbin in 1988 while still at sixth form college.

Ned's Atomic Dustbin are an English rock band formed in Stourbridge, West Midlands, in November 1987. The band took their name from an episode of radio comedy programme The Goon Show. The band are unusual for using two bass-players in their line-up: Alex Griffin plays melody lines high up on one bass, and Matt Cheslin plays the regular bass lines on the other. This gives the band a tense and highly driven sub-hardcore sound featuring distorted effects-laden guitar and energetic drums.

The band was formed at sixth-form college and they recorded their first album while some members were still teenagers. This led to a strong teenaged fanbase with a reputation for enjoying crowd-surfing and moshing at their gigs. The band was also noted (and occasionally ridiculed) for their early image, which consisted of uniformly crimped hair and a predilection for sporting shorts and band or skateboard T-shirts. "The Neds" (as their fans referred to them) were well known for their own distinctive T-shirts, reportedly producing over 86 different designs within three years (1987–1990). In 2009, Jonn Penney stated, "We're still adding designs - old habits die hard"