It was an absolute pleasure getting to speak with Glen Phillips, lead singer and songwriter for Toad The Wet Sprocket. He joins us on Dystopia Tonight for a very enlightening conversation about life, music, art, the human spirit, getting through lockdown...

It was an absolute pleasure getting to speak with Glen Phillips, lead singer and songwriter for Toad The Wet Sprocket. He joins us on Dystopia Tonight for a very enlightening conversation about life, music, art, the human spirit, getting through lockdown creatively, going on tour with his friends, 90s nostalgia, Bare Naked Ladies, The Gin Blossoms, family life, loving everyone and coming to terms with the fact that we probably all want the same thing we just…sorta kinda disagree on how to get there. Enjoy! 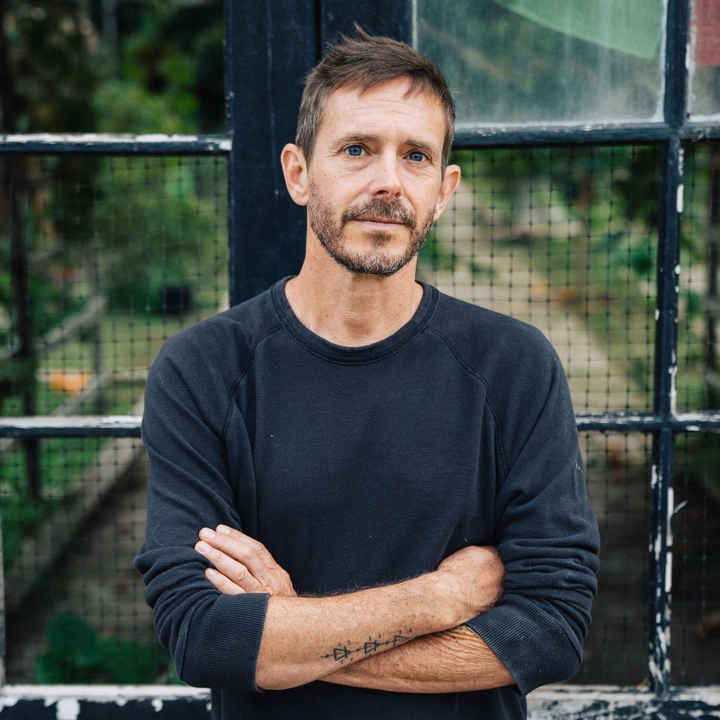 Glen Phillips is an American songwriter, lyricist, singer and guitarist. He is best known as the singer and songwriter of the alternative rock group Toad the Wet Sprocket.

Phillips was born to a Reform Jewish family in Santa Barbara, California, United States. Although his family was Jewish, with Glen having a Bar Mitzvah, his family was secular and Buddhism was studied, with this spiritual curiosity being present in his work.

He began to make music at 14 years old. Phillips and his ex-wife, Laurel, have three daughters, Sophia, Freya, and Zola. The couple was married from 1989 to 2014.

On October 8, 2008, Phillips injured his arm while at a friend's house when a glass coffee table collapsed while he was sitting on it. Phillips had surgery to repair a damaged ulnar nerve and muscle in his left arm. His ability to play guitar was hampered during his recovery, but he had been actively touring in spite of his injury. Sean Watkins and Jonathan Kingham recently joined Phillips on the road to provide accompaniment.

Phillips is frequently barefoot when performing with the band.

Phillips began Toad the Wet Sprocket in 1986, at the age of 15. By 1988, they had signed with Columbia Records. They recorded five albums and many major tours until their 1998 breakup.

During his time in Toad the Wet Sprocket, Phillips was involved in a pop rock project called Flapping, Flapping.

In 2004, Phillips released a long-awaited collaboration with Nickel Creek, under the name Mutual Admiration Society. The self-titled album had been recorded in 2000 and featured songs written by both Phillips alone and as collaborative efforts, and was released on Sugar Hill Records.

In 2005, Phillips returned to a major label via Universal Records' imprint Lost Highway Records and released the critically acclaimed Winter Pays For Summer. The album included the radio single "Duck and Cover," but Phillips and the label would part ways due to creative differences. A compilation of six outtakes from the album were published as an EP titled Unlucky 7, the first track ("The Hole") of which was featured in the second episode of the AMC television series Breaking Bad.

Phillips released his third proper solo album, Mr. Lemons in the spring of 2006. The music video for the album's first single, "Everything But You," made its debut as a Yahoo! Exclusive Premiere on May 11, 2006.

In 2007 Phillips reunited with Sara Watkins and Sean Watkins of Nickel Creek as well as Grant-Lee Phillips and Luke Bulla to perform as part of The Various & Sundry Tour.

In January 2008, Phillips released an EP Secrets of the New Explorers, with music influenced by Talk Talk and Peter Gabriel.

In January 2008, it was reported by Billboard that a new supergroup octet had formed. The genesis of the project came via a "Glen Phillips and Friends" evening hosted by the Sings Like Hell concert series at Santa Barbara's Lobero Theatre in February 2007. The ensemble reunited in Jim Scott's recording studio a year later and by September 2008 the collective settled upon the name Works Progress Administration (W.P.A.). In its octet configuration, WPA features Phillips, Sean Watkins (guitar), his sister Sara Watkins (fiddle), Benmont Tench (piano), Luke Bulla (fiddle), Greg Leisz (various), Pete Thomas (drums), and Davey Faragher (bass). The group also performs as a quintet featuring Phillips, Watkins, Bulla, and bassist Sebastian Steinberg. The results of the 2008 recording sessions were released as this album on September 15, 2009.

Phillips has also completed an album with Neilson Hubbard and Garrison Starr under the band name, Plover, released October 23, 2008.

In 2009, Phillips was involved in the soundtrack of the film Imagine That. He covers The Beatles' song "I'll Follow the Sun."

On April 5, 2018, Glen Phillips announced that he had signed with Compass Records Group. His 2016 album, Swallowed By the New, was re-released on May 4, 2018, with a new bonus track "Nobody's Gonna Get Hurt".