Day 141 - Ricky Byrd - You Live, You Die, and Every Once And A While You Get A Sandwich

There’s no question that Ricky Byrd’s had an amazing music career. Touring with Joan Jet and the Blackhearts and giving a hilarious induction speech at the Rock and Roll Hall of Fame to recount a few stories from this show, but if you had told me he had ...

There’s no question that Ricky Byrd’s had an amazing music career. Touring with Joan Jet and the Blackhearts and giving a hilarious induction speech at the Rock and Roll Hall of Fame to recount a few stories from this show, but if you had told me he had a rich love for comedy and it’s history woven into all of it I may not have believed you. Thankfully I had the pleasure of having him on Dystopia to talk everything from his incredible career to hanging out and watching the best comics to ever take the stage and shoot from the hip when he was touring. We discuss favorite tv shows, rock legends he’s shared the stage with, his early influences, comedy and comedians, and we drop names you’ll definitely have to Google if you want to follow along. Most of all we have fun doing it. Enjoy! 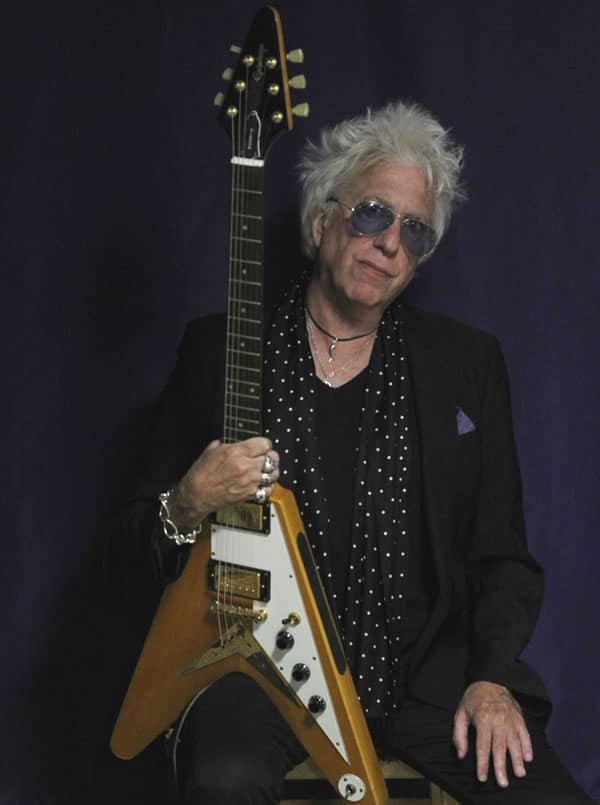 Rock and Roll Hall of Fame member, guitarist /singer- songwriter Ricky Byrd (inducted in 2015 with Joan Jett and The Blackhearts), has had a career in music spanning over 40 years.

Although best known for his time spent with The Blackhearts, Byrd has also recorded and played with Roger Daltrey, and toured with Ian Hunter and Southside Johnny and the Asbury Jukes respectively. He has also been blessed to have had the chance to, at one time or another, share the stage with music royalty including Paul McCartney, Ringo, Alice Cooper, Bruce Springsteen, Steven Van Zandt, Joe Walsh, Mavis Staples, Dion, Brian Wilson, Smokey Robinson, Jimmy Page, Graham Nash, and Elvis Costello…to name just a few.

Grateful for all of his many musical achievements, Ricky is fond of saying that one of the greatest gifts he’s been given happened on Sept. 25, 1987 when he started his journey in recovery. Simply put, “it was time.” He’s been clean and sober ever since, doing whatever he can to help others recover. It’s his passion and what he’s most proud of.

“There's this dark hallway filled with people caught between denial and surrender,” he says. “I've been blessed to have this next life and because of that gift, I feel I'm responsible to turn around and wave at those people in that dark place and just go, `hey man, come on, follow me.’ ”

The starting point of Ricky combining his music with recovery began in 2012, when he co-wrote a song with his friend, Richie Supa. The two wound up writing what is now considered a recovery classic: “Broken Is A Place,” which speaks to the inherent hole in the soul of those who continue to suffer under the great weight of addiction.

It hit a nerve.

Back in New York City, he recorded a demo of the song, put it up on social media, and the response was overwhelming. That’s when he realized how strong the combination of music and recovery could be. He wrote a second song, and then a third, and he didn’t stop until the seeds of his 2017 Clean Getaway album were planted.

Inspired to present these recovery-based songs on a different stage, Ricky made calls to treatment facilities, offering to come in with his acoustic guitar and perform them to the clients. He did, and the response was so powerful that he’s been doing it ever since, on the road as a Recovery Troubadour. He’d play his acoustic guitar, sing those songs, talk to people, listen to people, help people. In doing so, he was also helping himself. He kept writing, traveling, and visiting treatment facilities, schools, and juvenile detention centers.

“It was quite the education for me,” Ricky admits. “I found that there was a real connection…a tangible something I could do to help…a reason my checkered past in rock'n'roll just might bring about awareness, maybe prevention, maybe even lessen the stigma of addiction.”

Ricky Byrd has since given away thousands of copies of Clean Getaway at his recovery music groups across the country. The CD has garnered great reviews across-the-board and he’s currently working on a follow-up filled with songs of addiction, resurrection and hope. Taking it a step further, he has earned his CASAC T (Certified Alcohol and Substance Abuse Counselor) credentials and CARC (Certified Addiction Recovery Coach) credentials.

As his card says, “Have Recovery Will Travel.”