Day 135 - Dining Out with Austin Pendleton

Great talk with the legendary Austin Pendleton! Actor, playwright, theatre director, and instructor, who currently due to the pandemic still teaches his courses over zoom joins Dystopia Tonight to chat about his long and varied career in show business. W... 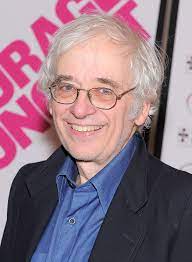 For his work on theatre he has received a Tony Award nomination for Best Direction of a Play for the Broadway revival of The Little Foxes in 1981. He has received two Drama Desk Award nominations and the recipient of a Special Drama Desk Award in 2007. He also received a Obie Award for Best Director for the Off-Broadway revival of Three Sisters in 2011. Recent Broadway credits include Choir Boy in 2016 and The Minutes in 2022.

Pendleton was born in Warren, Ohio, the son of Thorn Pendleton, who ran a tool company, and Frances (née Manchester) Pendleton, a professional actress. He attended University School, a private all-boys school in Shaker Heights, Ohio and graduated in the class of 1957. A childhood friend was Roger Ailes, later of Fox News; Pendleton talks about Ailes in the A&E documentary Divide and Conquer: The Story of Roger Ailes.

Pendleton is a 1961 graduate of Yale University, and as a member of the Yale Dramatic Association, collaborated in 1958 with lyricist Peter Bergman in writing two musical plays which starred Philip Proctor: Tom Jones, and Booth Is Back In Town. Proctor and Bergman later formed half of The Firesign Theatre comedy group.

Pendleton first received critical acclaim in 1964 for his performance as Motel in the original Broadway cast of Fiddler on the Roof. He appeared in The Last Sweet Days of Isaac (for which he won the Drama Desk Award for Outstanding Performance and an Obie Award), The Diary of Anne Frank, Goodtime Charley, and Up from Paradise as well as many other plays. In August 2006, Pendleton played the Chaplain in Bertolt Brecht's Mother Courage and Her Children with Meryl Streep and Kevin Kline in the New York Shakespeare Festival/Public Theater production directed by George C. Wolfe at the Delacorte Theater in Central Park. In 2007, he appeared as Friar Lawrence in the Public Theater's production of Shakespeare's Romeo and Juliet at the Delacorte Theater.

Pendleton wrote the plays Uncle Bob, Booth, and Orson's Shadow, all of which were staged off-Broadway. Uncle Bob had its off-Broadway premiere in 2001 at The SoHo Playhouse, starring George Morfogen—for whom the role of Bob was written—and Joseph Gordon-Levitt, who made his New York theatre debut in the production. The critically acclaimed production was directed by Courtney Moorehead and produced by Steven Sendor.

As a director, Pendleton has worked extensively on and off Broadway. His direction of Elizabeth Taylor and Maureen Stapleton in Lillian Hellman's The Little Foxes garnered him a Tony Award nomination in 1981. Additional directing credits include The Runner Stumbles by Milan Stitt (1977), Spoils of War by Michael Weller (1988), and The Size of the World by Charles Evered (1996).

In 2009, Pendleton directed Uncle Vanya, starring Maggie Gyllenhaal and Peter Sarsgaard, at the Classic Stage Company. The same year he directed Tennessee Williams' autobiographical play Vieux Carré at The Pearl Theatre Company. In January and February 2010, Pendleton directed two plays, Bus Stop at the Olney Theater and Golden Age at the Philadelphia Theatre Company. His 2011 directing of Three Sisters won him an Obie Award. In 2012, he directed a production of Detroit at the National Theatre in London.

He currently teaches acting at HB Studio and directing at The New School, both in Greenwich Village. Pendleton has been involved with the Steppenwolf Theatre in Chicago since directing Ralph Pape's Say Goodnight, Gracie for the 1979-80 season, and is currently an ensemble member there. His acting credits at Steppenwolf include Uncle Vanya, Valparaiso, and Educating Rita.

Pendleton is the subject of Starring Austin Pendleton, a documentary in which colleagues including Meryl Streep, Philip Seymour Hoffman, Maggie Gyllenhaal, Olympia Dukakis, Ethan Hawke, and more discuss his life and legacy.

As a member of the Steppenwolf Theatre Company he starred in Tracy Letts' new play The Minutes in Chicago, which has since transferred to Broadway.