Landing a rock legend like Stevie Van Zandt right before the holidays was a thrill. Stevie was Extremely affable, hilarious and fun to talk to. We talk the optimism of Rock and Roll, his resilience to keep pushing forward through some extremely tough tim...

Landing a rock legend like Stevie Van Zandt right before the holidays was a thrill. Stevie was Extremely affable, hilarious and fun to talk to. We talk the optimism of Rock and Roll, his resilience to keep pushing forward through some extremely tough times, his incredible activism, his dive into the acting world, the Sopranos, the E-Street Band, his friendship with Bruce Springsteen, his family life, his early influences in music and his hopes for the future. Enjoy guys!

His new book can be found here: 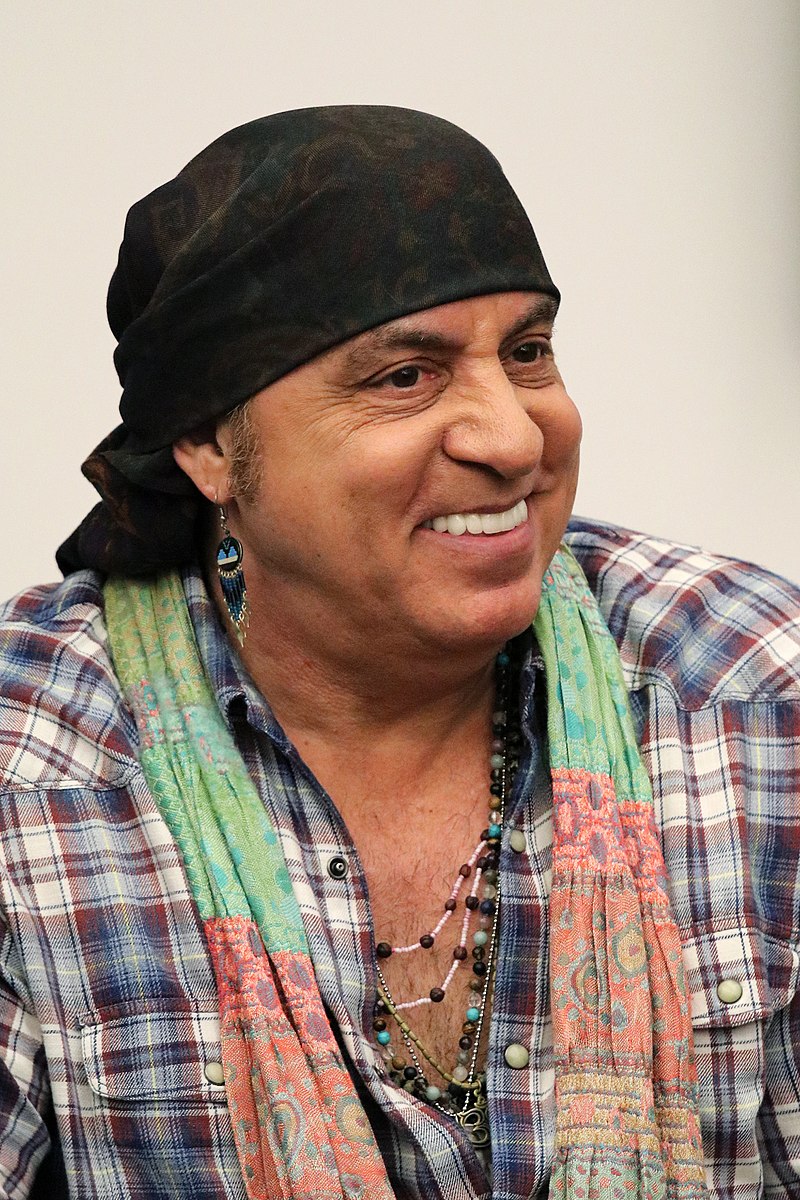 Steven Van Zandt (né Lento; born November 22, 1950), also known as Little Steven or Miami Steve, is an American singer, songwriter, musician, producer, actor, activist and author. He is best known as a member of Bruce Springsteen's E Street Band, in which he plays guitar and mandolin. He is also known for his roles in several television drama series, including as Silvio Dante in The Sopranos (1999–2007) and as Frank Tagliano in Lilyhammer (2012–2014). Van Zandt has his own solo band called Little Steven and The Disciples of Soul, intermittently active since the 1980s. In 2014, he was inducted into the Rock and Roll Hall of Fame as a member of the E Street Band. Van Zandt has produced music, written songs, and had his own songs covered by Bruce Springsteen, Meat Loaf, Nancy Sinatra, Pearl Jam, Artists United Against Apartheid, and the Iron City Houserockers, among others.

Van Zandt was born Steven Lento on November 22, 1950 to Mary (née Lento) Van Zandt, in Winthrop, Massachusetts. He is of part Italian descent; his grandfather was from Calabria and his grandmother's parents were from Naples. His mother, Mary, remarried in 1957 and he took the last name of his stepfather, William Brewster Van Zandt. The family moved to Middletown Township, New Jersey, when he was seven.

Van Zandt found his love for music at an early age, when he learned how to play the guitar. He watched the performances of the Beatles on The Ed Sullivan Show and the Rolling Stones on Hollywood Palace in 1964, and referred to the former as "The Big Bang of Rock n' Roll". He said that when he was 13, George Harrison was his favorite Beatle, and he later became friends with Paul McCartney and Ringo Starr. Around August 1964, he formed his first band, the Whirlwinds, which was short-lived. He later formed the Mates in 1965 and joined the Shadows in May 1966. Van Zandt has cited British Invasion bands such as the Dave Clark Five, as well as Ravi Shankar and the culture of India, as early influences.

Van Zandt attended Middletown High School, where he got kicked out for having long hair. He went back to school to appease his mother and graduated in 1968. As a teenager, he was involved in a car accident that caused him to smash his head through the windshield, leaving several scars on his head. To cover this up, he began wearing hats, and later, large bandanas, which has become his characteristic look.

Actor Billy Van Zandt is Van Zandt's half-brother and actress Adrienne Barbeau is his ex sister-in-law.[14] He also has a half-sister named Kathi, who is a writer.