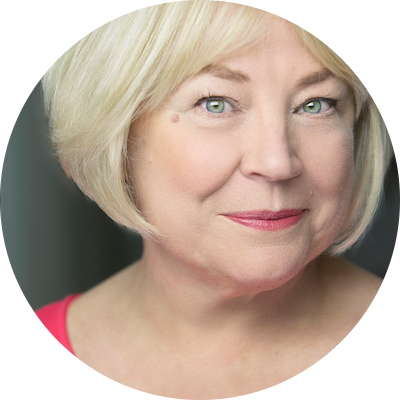 JoAnna Beckson was trained as an actor at "The Neighborhood Playhouse" NYC with Sanford Meisner, Fred Kareman and William Esper. She has worked extensively as an actor and director off-Broadway and in TV/ Film. She was a founding member of New York City's prestigious Cirele Repertory Compony's LAB. Along with being a consultant for Disney and Paramount Studios, JoAnna hos mointained the dual career of actor director and acting coach in New York City for over 30 years.

JoAnna is an acclaimed acting coach, she was named in the "Top Ten List" Acting Coaches by Disney Studios. The Actors Studio (NYC) lists her in the "Top Twenty Coaches" and "Backstage's" list "Best of New York" includes her in the Top Four Acting Coaches (the only woman on the list).
She has been an Adjunct Professor at New York University's Tisch Graduate Film School as well as their School for Continuing and Professional Studies for 15 years, And, has been an Insiruetor at SVA -School for Visual Arts -NYC and the New York Conservatory of Dramatic Arts, NYC for the last 12 years, while maintaining her private acting studio in NYC for 30 years.

"SAY SOMETHING FUNNY" an original dramedy she conceived, directed and co-produced at the Criterion Center - Broadway, was optioned for sitcom development by Nelle Nugent, a five-lime Tony award winning Producer, and Dick Clark Productions.

Absolutely loved having JoAnna Beckson on Dystopia Tonight. I had the pleasure of taking her Meisner class when I was a young comic and what I learned from her is invaluable both as a teacher and now as a friend. We discuss how she got into acting/direct...