Glen Burtnik and John are leaving show business to become farmers and you heard it hear first. Before that though we do a deep dive into Glen's incredible music career, his insight on the business side of things, his current zen approach to life and the ...

Glen Burtnik and John are leaving show business to become farmers and you heard it hear first. Before that though we do a deep dive into Glen's incredible music career, his insight on the business side of things, his current zen approach to life and the sheer joy he has watching John have a breakdown after his internet repeatedly craps out during the interview. Enjoy! 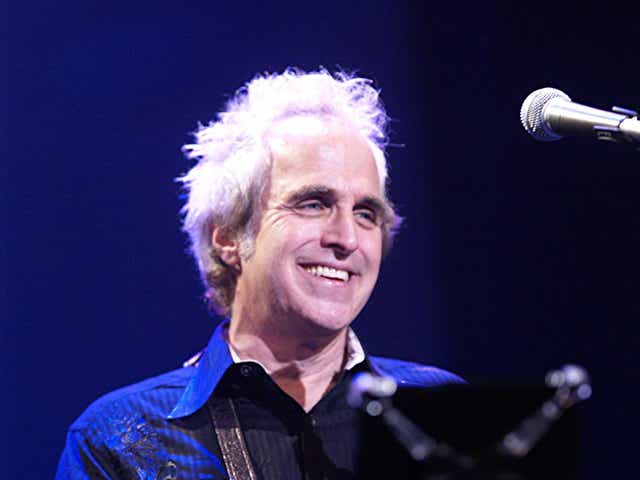 Glen Burtnik is a singer, songwriter, entertainer and multi-instrumentalist, best known as a former member of Styx. Burtnik is originally from North Brunswick, New Jersey, in the Middlesex County part of the Raritan Bayshore, of the larger Jersey Shore and lives in Asbury Park, New Jersey.

Burtnik appeared in the Broadway production of Beatlemania as Paul McCartney, alongside Marshall Crenshaw, who played John Lennon. He continues his love of The Beatles to this day, with the tribute band Liverpool. This band are regular performers at The Fest For Beatles Fans, annually held in the Metropolitan New York City area and Chicago, Illinois with occasional stops elsewhere.

He has written chart-topping hits such as "Sometimes Love Just Ain't Enough" for Patty Smyth and Don Henley, "Spirit of a Boy, Wisdom of a Man", and "Delicious Surprise (I Believe It)", hosted the School of Rock radio show on The Hawk 105.7 FM, and recorded/toured/collaborated with well-known artists. As a member of Styx, he was heavily featured on the hit album Edge of the Century, on which he wrote (along with long-time associate, Plinky Giglio) the top ten mainstream rock hit, "Love Is the Ritual", and co-wrote (with lead singer Dennis DeYoung) the last Billboard Top 40 hit for the band, "Love at First Sight" (No. 25, 1991). Styx broke up again, after being active for only two years since their previous break up. Styx got back together again four years later, but Burtnik did not join because Tommy Shaw quit Damn Yankees and came back with Styx. Burtnik rejoined Styx in late 1999, as original bassist Chuck Panozzo could not play "full time" anymore because of sicknesses. Thus, Burtnik took over playing the bass guitar and Styx started playing songs from Edge of the Century live again. He went on to record Cyclorama with Styx in 2003, leading on two songs. Burtnik's song "Kiss Your Ass Goodbye" was made and recorded before Cyclorama, but they rerecorded it and put it on the album. Burtnik also lead on the song "Killing the Thing That You Love", and shared vocals with Shaw on "Yes I Can". Burtnik left a year later in 2004 being replaced with Styx' current bassist Ricky Phillips.

He was a member of LaBamba and The Hubcaps led by Richie Rosenberg, before leaving to start his solo career in 1986. One of the Hubcaps' popular songs was the Burtnik-written "Here Comes Sally", which later appeared on Burtnik's 1987 solo LP Heroes & Zeros.

While solo success has been relatively elusive, he did score a minor hit in 1987 with "Follow You," a track off his Heroes & Zeros album, which peaked at No. 65 on the Billboard Hot 100. Follow-up releases have been less successful.

In 1989, Burtnik performed the song "Not So Far Away" for the film Bill & Ted's Excellent Adventure.

One of his songs, "Face in the Mirror", was used in a series of TV commercials for Philishave electric shavers in the 1990s. Burtnik officially left Styx in 2003, because he wanted to be closer to home.

In 2006, Dennis DeYoung asked him to be a part of his band for selected shows to help promote his CD One Hundred Years from Now, which was released in Canada in 2007 and in the US in 2009. Burtnik performed with DeYoung some of the material he wrote with Styx during the Edge of the Century album including "Love Is the Ritual" and "Edge of the Century".

Since 2009, he has performed with The Orchestra, replacing the late Kelly Groucutt on bass.

Glen Burtnik's Xmas Xtravaganza is a regular holiday concert which benefits area food banks and other worthwhile charities. The show has grown larger each year, evolving into a New York-New Jersey area tradition. It features a cast which changes from year to year, but in the past has included such as Patty Smyth, John McEnroe, Phoebe Snow, Marshall Crenshaw, The Patti Smith Band, Fred Schneider (B-52's), Jill Sobule, Idina Menzel, Jeffrey Gaines, Freedy Johnston, Dan Bern, John Waite, Curtis Stigers, Styx, Mary Lee Kortes, and Willie Nile, amongst others. The 2008 show featured over 100 performers. The 2010 show was staged at the Count Basie Theater in Red Bank, New Jersey, and again featured over 100 performers. Originally started in 1989, the show has been held most years except 1990–1991, making the 2010 Xmas Xtravanganza the 20th Anniversary of this event.